Home » News » My Life As Lotta 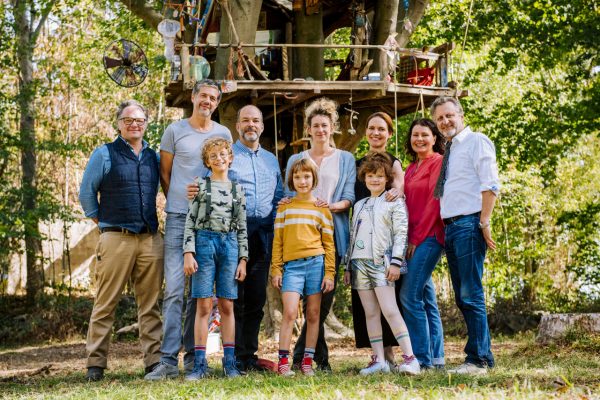 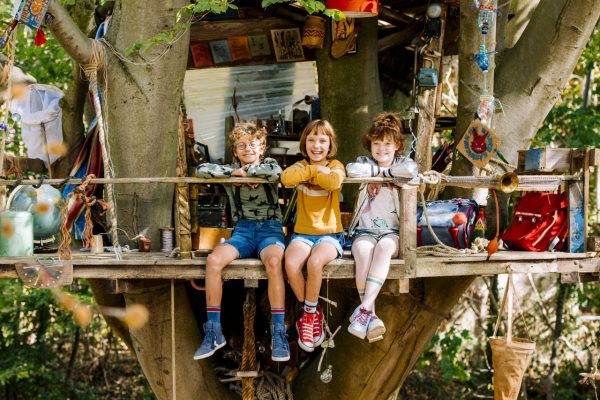 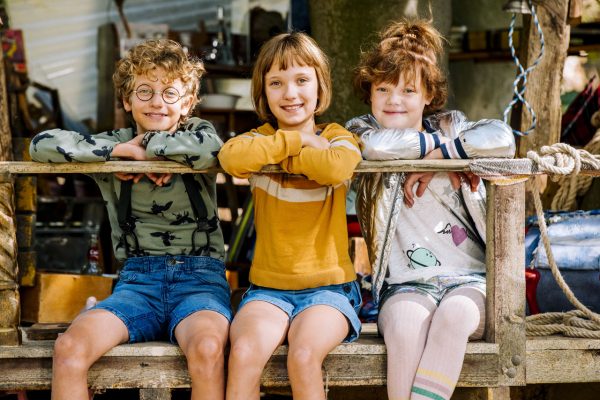 On September 11, 2018, filming has commenced on MY LIFE AS LOTTA, the first feature film version of the internationally successful series of children’s novels of the same title (25 countries and counting), bringing Lotta’s world to the silver screen.

Pure everyday family madness, and Lotta Petermann (Meggy Hussong) is right in the middle of it: Her mum, Sabine (Laura Tonke), loves to cook her unique version of Ayurveda cuisine and as if that was not bad enough, she works at the meditation studio run by Heiner Krishna (Milan Peschel) as well. Lotta’s dad, Rainer (Oliver Mommsen), is usually grouchy and her two stupid brothers (Lenny and Marlow Kullmann) annoy her all day long.

Fortunately Lotta has her best friend Cheyenne (Yola Streese), who makes everything much better right away! Together the two girls and their nerdy classmate Paul (Levi Kazmaier) have their own gang: the Wild Rabbits. And if there’s one thing they can’t stand it’s their snobbish classmate Berenike (Laila Ziegler) and her Glamour Girls. What really sucks is that Berenike is throwing a big party, and has invited everybody. Even Paul. Everybody except Lotta and Cheyenne.

The two friends are not taking that lying down, so they come up with plan after plan to get themselves in. But none works, not even the great plan to bring along famous singer Marlon (Lukas Rieger). It actually ends in the two friends having a serious fall out.

But Lotta would not be Lotta if she couldn’t manage to save her friendship with Cheyenne realizing what true friendship really means.

With a hilarious tongue-in-cheek sense of humour, MY LIFE AS LOTTA presents the mad chaos in Lotta’s daily life, as based on the popular bestselling children’s book series of the same title by author Alice Pantermüller and illustrator Daniela Kohl, published by Arena Publishing. Director Neele Leana Vollmar has already thrilled young moviegoers before with her successful and much-acclaimed hit children’s film series The Pasta Detectives (Rico and Oscar). MY LIFE AS LOTTA features a top cast, both young and a bit older: Laura Tonke (The Garden) plays Lotta’s chaotic mother, her somewhat grumpy father is played by Oliver Mommsen (Scene of Crime: Bremen). Other characters include the girl’s teacher Ms. Crappy ,played by Carolin Kebekus (It’s Your Turn, Honey!), Heiner Krishna, the extremely laid-back owner of the meditation studio, portrayed by Milan Peschel (the Rico and Oskar films), and the manager of teen heartthrob Marlon as played by Caro Cult (High Society). Young newcomer Meggy Hussong makes her debut in the titular main role of Lotta. Her best friend, Cheyenne, and her buddy Paul, are played by Yola Streese and Levi Kazmaier: both of them also making their big screen debuts. Glamour Girl Berenike is played by Laila Ziegler. One of the most popular male young pop singers of Germany, Lukas Rieger, who has already thrilled a whopping 1.8 million Instagram followers and over 511,000 YouTube subscribers, plays teen heartthrob Marlon and is sure to enthuse his many fans with his acting talent as well.

MY LIFE AS LOTTA is a production of Lieblingsfilm and Dagstar Film in co-production with Senator Film, Cologne. It is directed by Neele Leana Vollmar. Daniel Gottschalk is responsible for the cinematography. Dagmar Blume-Niehage (Dagstar Film), Philipp Budweg and Robert Marciniak (Lieblingsfilm) are the producers, with Sonja Ewers (Senator Film Cologne) as co-producer. The script was written by Bettina Börgerding in collaboration with Neele Leana Vollmar. Film rights to the novel were negotiated by Isabel Schickinger on behalf of the Literary Agency Lianne Kolf.

MY LIFE AS LOTTA is sponsored by the Film- und Medienstiftung NRW, FFF Film Commission Bayern (FFF Bayern), the German Federal Film Board (FFA) and the German Federal Film Fund (DFFF). Filming is taking place in North Rhine-Westphalia and Bavaria, running through to the beginning of November. Wild Bunch Germany will launch MY LIFE AS LOTTA in German cinemas in autumn 2019.

The press agency lindenfels_public relations is handling MY LIFE AS LOTTA. Your contacts are Christina von Lindenfels and Nadine Bott, Tel.: +49 (0)89 130 1006 13 or post@lindenfels-pr.de.